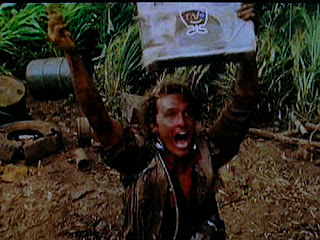 See this guy? He's Ben Stiller's agent in TROPIC THUNDER. This guy goes to Vietnam to win back the client he never really lost by finally coming through with TiVo, which was promised in their contract. This is my dream agent. Rick "Pecker" Peck. I want a Pecker.

After several VERY LONG months of waiting, I got my first offer of representation. It happened just like every other "How I Got My Agent" story. First there was one offer, then there were two, then there were emails and requests and offers and phone calls and total chaos. Everything just exploded.

Somehow, I have to pick which one of these amazing agents is the best fit for both me and my manuscript-- and not just this manuscript but my next one and all the others that follow. It's bizarre switching places like this. Instead of the beggar, I'm the chooser. They're waiting for ME to get back to them with a decision. I'M the one who does the rejecting. I didn't expect it to suck this much. Me no likey. I queried agents I really wanted, never dreaming I'd have to pick between them. But I guess I knew this was a possibility. I watched a couple of Twitter friends gush about multiple offers and (because I'm such a great person) greed chewed on me like I was rawhide. Yeah, I was happy for them, but I was deeply envious. On the flip side, I read tweets from agents who were waiting on potential clients to make a decision and hoping like heck they'd be the one. No matter how bad I wanted to be that writer-- the one with all the suitors --I guess I thought it'd never happen to me.

This isn't my "How I Got My Agent" post. As long as the stress doesn't kill me and I'm able to (somehow) figure out which awesome agent is awesomer than the others, I'll write that post next week. This is my "How I Survived Submissions" post. Enjoy.

25 things I did while waiting on submissions;

1. Critiqued a friend's manuscript and doubted my own abilities. Oops.

2. Started another writing project. This is probably the smartest thing I did while in submission limbo. You should do this one too. I mean it.

4. Stalked my favorite agents. NOTE: I did this entirely online and in a relatively non-invasive fashion. I didn't pull police records or hire private investigators because that's psychotic and I'm not (entirely) psychotic yet. I read blogs and followed tweets. I read the blogs of their clients to see what kinds of authors they worked with and whether those authors mentioned them. I looked for agent interviews and profiles. I checked out book deals and forum posts. I did more homework in the last few weeks than I did in four years of high school.

7. Played FLATLINERS and brought the purple shamrock back from the dead.

9. Accidentally knocked over the purple shamrock and nursed it back to health.

13. Started to knit another scarf.

15. Sent more queries and got more submission requests. I know it's stupid but I couldn't handle sitting around and waiting for something to happen.

17. Stressed about pitch contests instead of submissions.

18. Kept detailed records of which contest judges voted for which entries and who went on to the final rounds.

19. Drank a buttload of espresso.

20. Created my own political party-- Demopublicans. Instead of red or blue, we're purple and there are no aisles to cross. One world, people!

21. Fought a mighty battle with my Twitter friends over Thor and his *ahem* mighty hammer. I still say he's mine. MINE MINE MINE!

22. Lost the battle despite the use of my napalm thong. Trisha had a nuke bra and Jen had a velociraptor. I was screwed.

23. Had a dream I saw my very first book cover and it said HarperTeen on the spine. 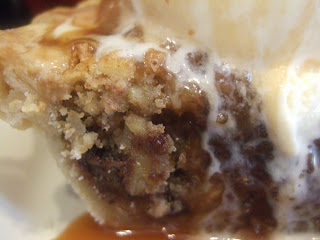 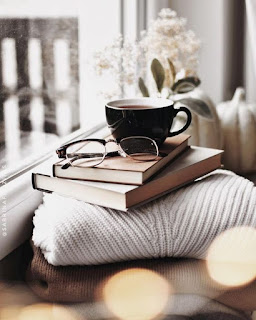